Day 1: Curators, Artists and Modern Art interested people were invited at the closure of the “Last East European Show” 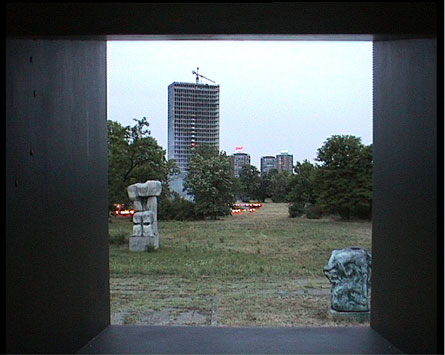 View through Lightcatcher; the building is the former communistic government building.

Day 2: The project was present at the 20th World Children Refugee Day from the UNHCR, in the museum park 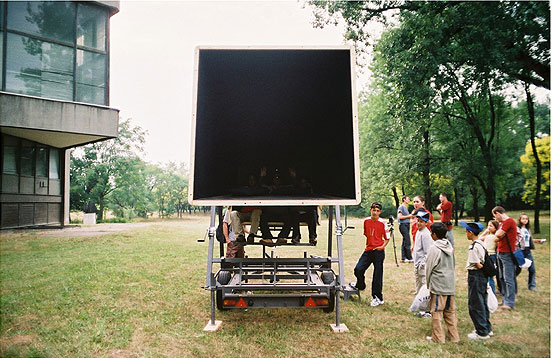 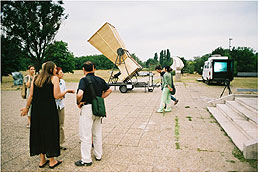 The Lightcatcher and the video from Rotterdam in front of the museum. 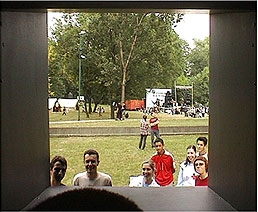 View from the Lightcatcher onto the stage where the children performed plays, danced and made music.