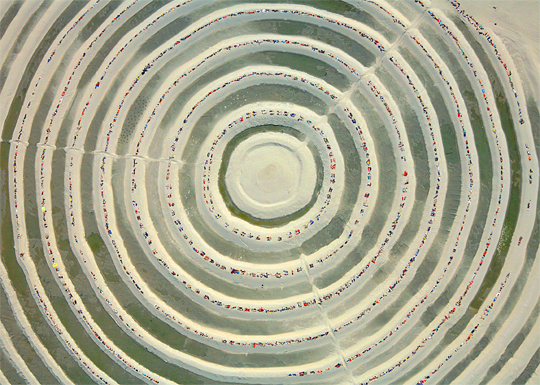 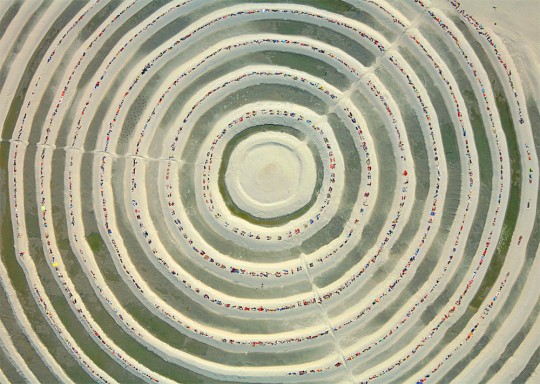 On a sundaymorning almost two thousand people came together for the Silent Sky Project#. The group of people are friends and visitors of the biggest outdoor theater festival in Holland, the Oerol Festival. The performance happened on the sandsculpture: Jaarringen made by the artist Bruno Doedens / SLEM. The participants were young people, old people, children, baby’s, dogs, families, friends etc. etc. During the half hour of the performance there was absolute silence, very impresive.

Above: the photo from the airplane is made by Marc Vreuls.
Below: A long row of people were patiently waiting to enter the rings.

Three days after the action a computerprint of 7,5 x 5 metres is presented on the island at the Oerol festival.
Many people looked if they could find themselve on the photo. 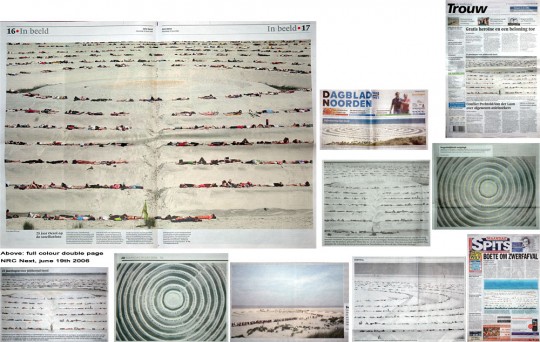 An important part of the Silent Sky Project# is getting the story of people looking at the sky in silence into the world.
The pr of the Oerol festival is well organised and many newspapers covered the story.
Eight dutch newspapers (4 frontpages), the worldwide edition of the NRC weekly, and pictures of the project have also be seen in newspapers in England, Singapore and Australia.

The photo of Silent Sky Project#13 is published in the National Geographic magazine in all language editions and on the NG website: 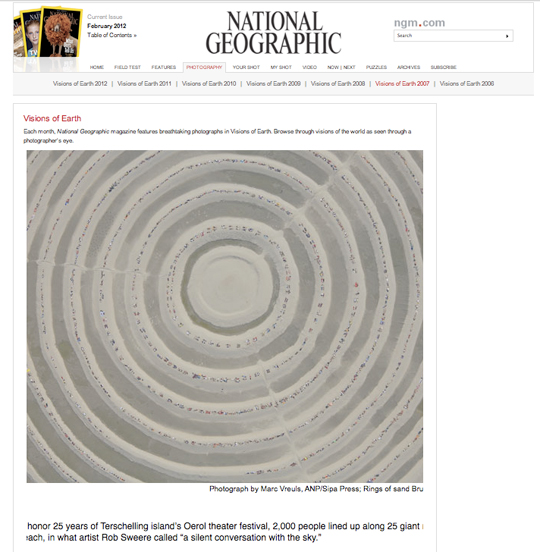 One Reply to “Silent Sky Project#13”