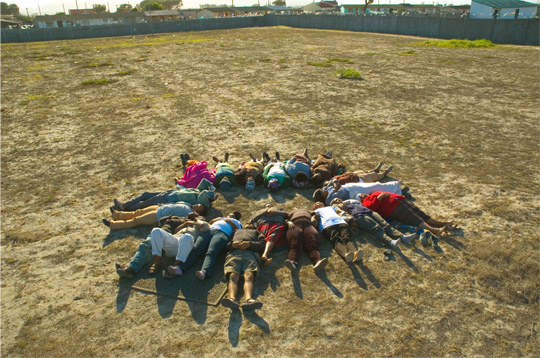 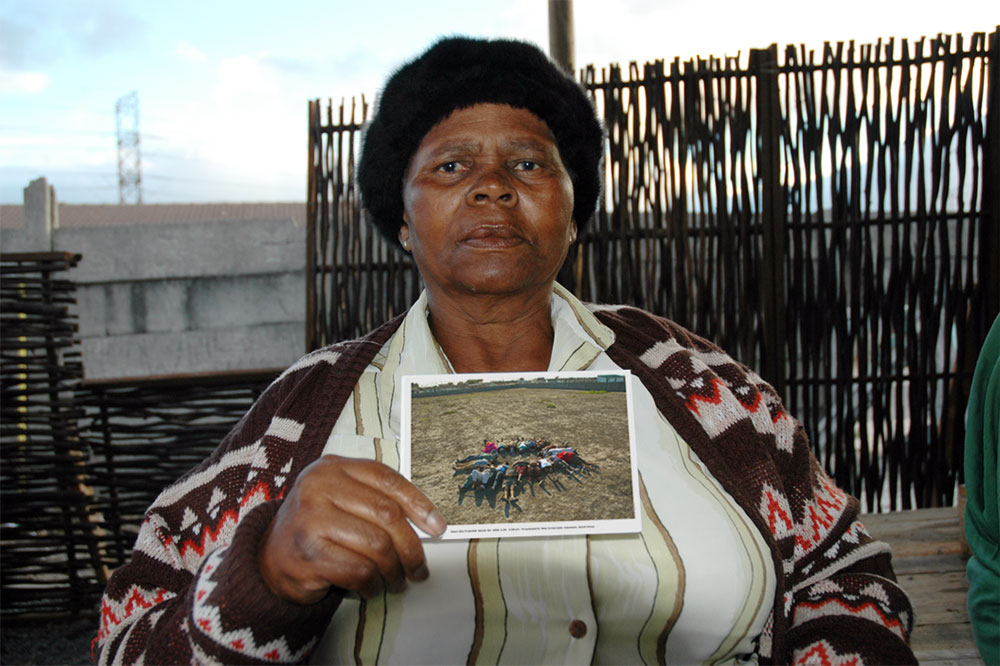 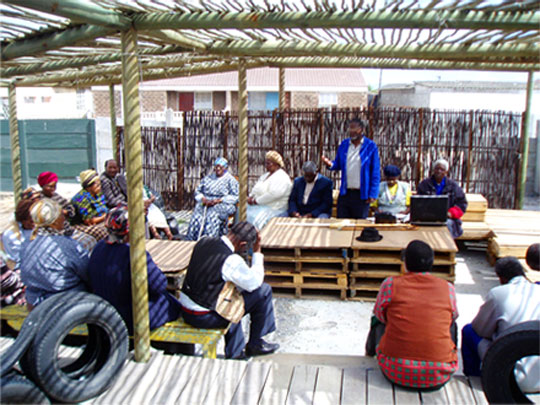 Silent Sky Project was presented during the weekly elders meeting at Mandlovu center.

They considered it a spiritual healing ritual. A delegation participated in the project. 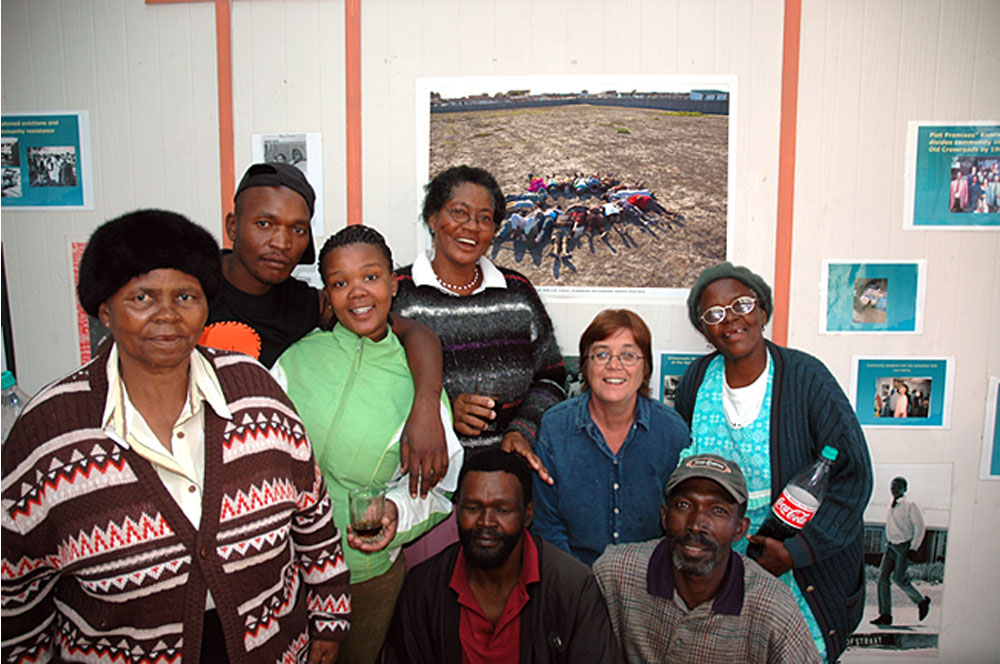 The Mandlovu center has a permanent exhibition with pictures of the history of the township Old & New Crossroads. During the Apartheids regime. Crossroads was a center for social and political actions against the government. It’s history is moving and intense.
The big print of the Silent Sky Project#8 is a new permanent addition to the collection. 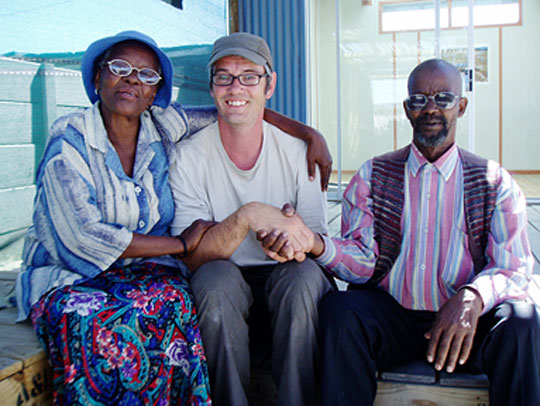 Silent Sky project#8 was part of a larger project called Cascoland NewXrds2006.
A group of dutch artists realised different projects in the township.

Cascoland is organised by Roel Schoenmakers & Fiona de Bell and financed by Stiching Doen, Nationaal Architectuurfonds and the Dutch Embassy in South Africa.