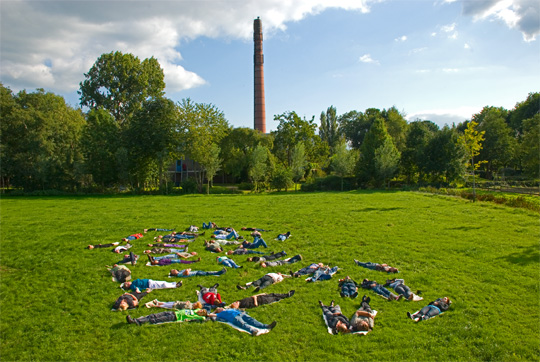 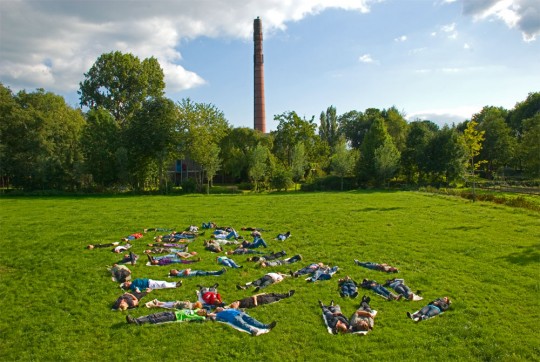 Kolderveen is a traditional old dutch village. It’s one street with farms on each site. Behind each house is the grassland for the cows. In the middle of the village is the former cooperation to process the milk. For the Silent Sky Project# all the villagers, 255, were invited to look at the sky in silence. They decided that the chimney of the cooperation is the most charactaristic visual element of Kolderveen. 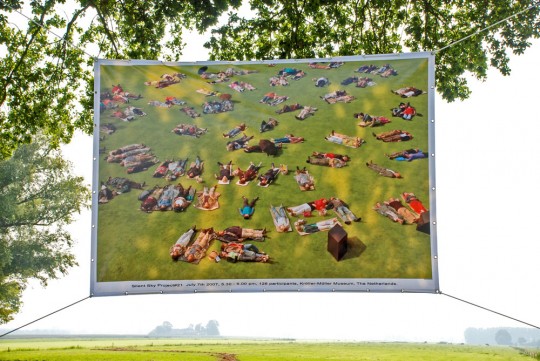 In Kolderveen, a traditional dutch village with 255 inhabitants, the first outside exhibition of the Silent Sky Project# is being organised.
Each photo is 350 x 245 cm. and presented between the oak trees that are standing on both sides of the only street of the village.
A selection of 16 photo’s, september 2008.