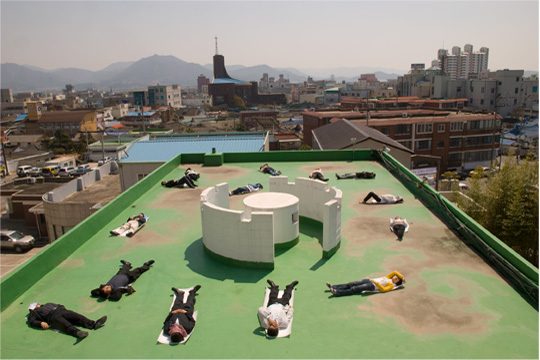 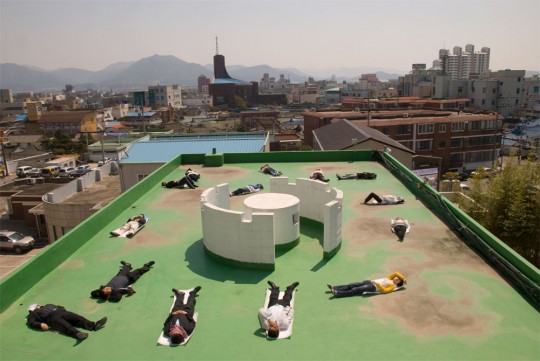 A group of civil servants of the city of Gangjin, South Korea looked at the sky in silence, on the roof of the city hall. Gangjin is historically connected to The Netherlands because Hendrick Hamel member of the VOC compagny and from the city of Gorinchem, is considered to be the first european ever to have lived in Korea in the 17th century.