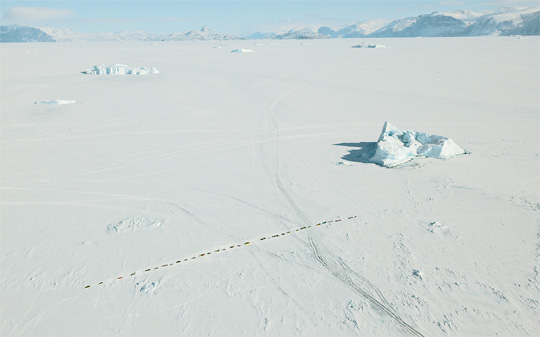 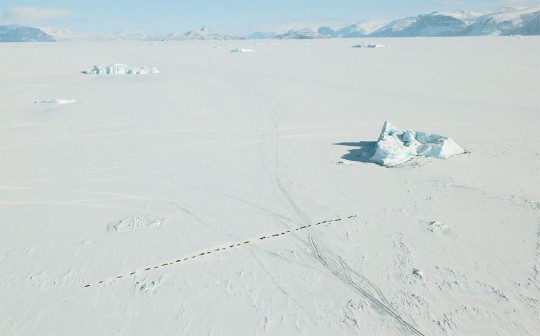 Uummannaq is a settlement in north-west Greenland, 500 kilometers above the arctic circle. There are about 1000 people and 4000 sled-dogs living on the island in the fjord all year around. Sixty one adults and children from Uummannaq came out onto the sea ice. They brought there dogsleds, animal skins and mattresses to lie down on the ice to look at the sky in silence.

Silent Sky Project# in Greenland is funded by the dutch national art council: Fonds BKVB and organized in collaboration with the Uummannaq Polar Institute – U.P.I.

.
Uummannaq is greenlandic for: – Heartshaped Mountain-.  The houses are situated on the rocks.