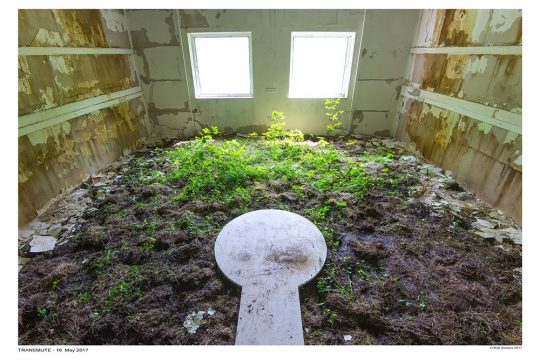 TRANSMUTE photo series: every month a photo is made to follow the changes over the years. The building is now demolished, July 2017, so the project has stopped.
More info below this page. 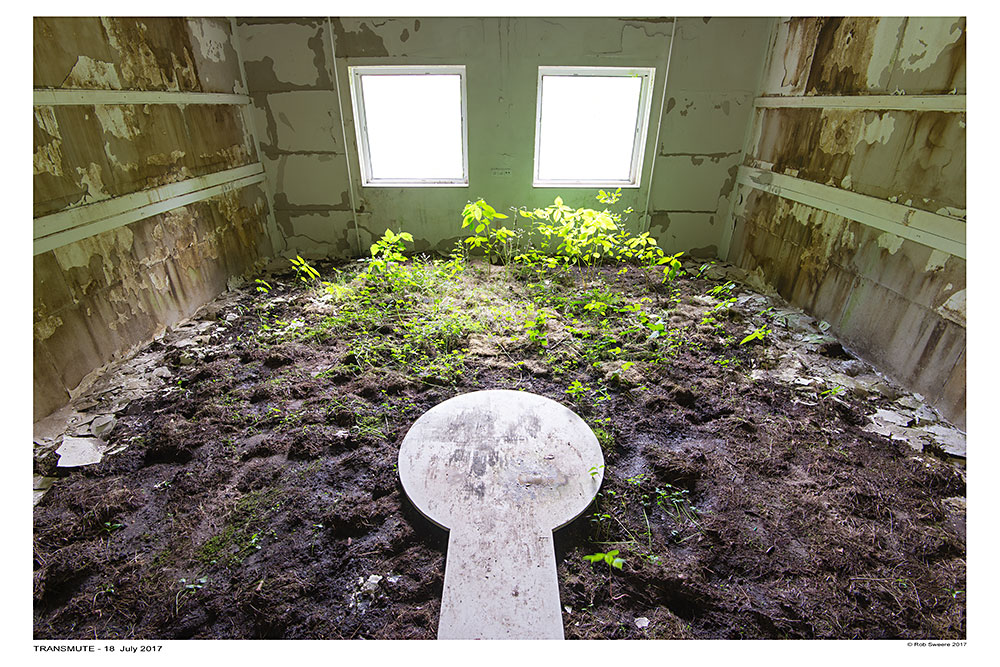 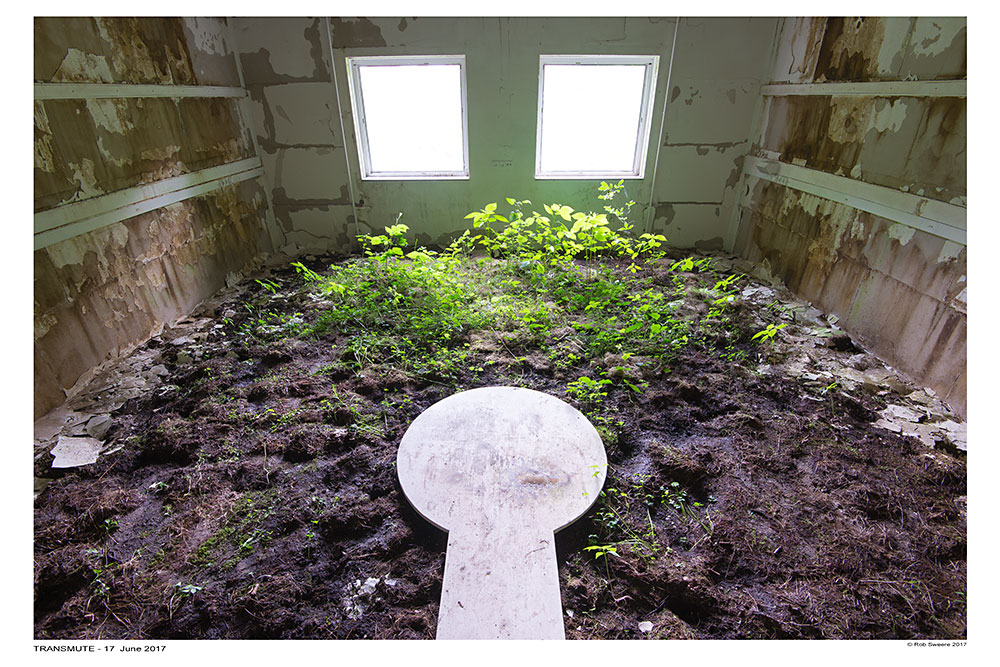 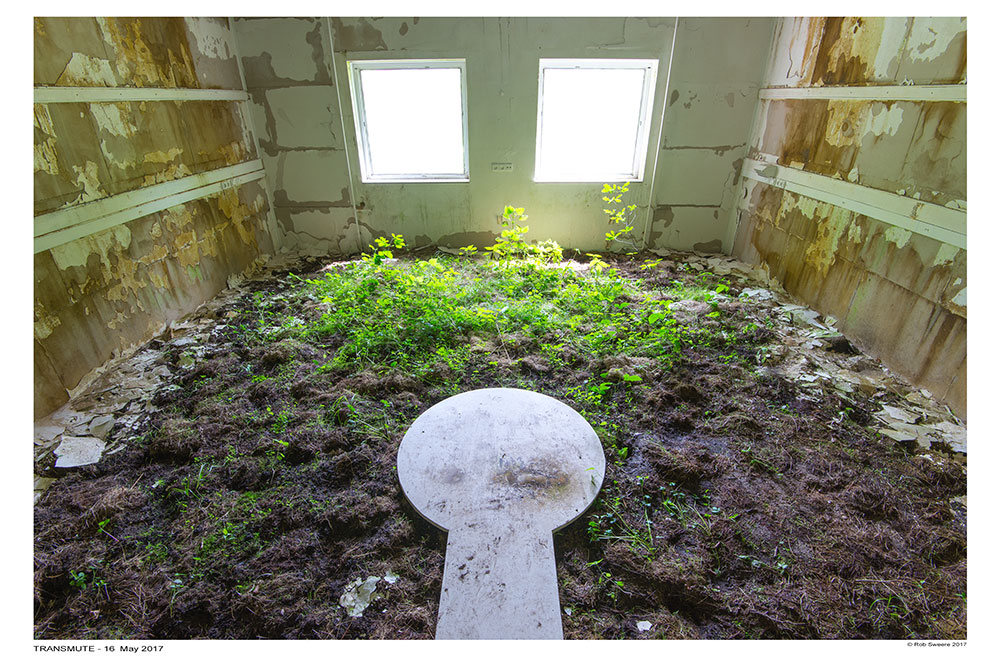 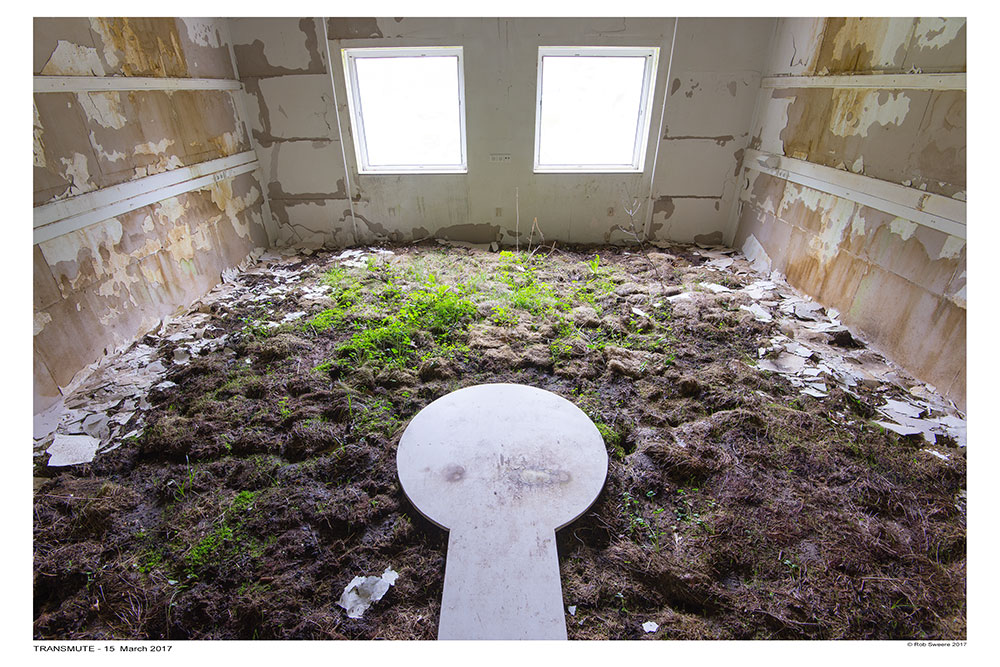 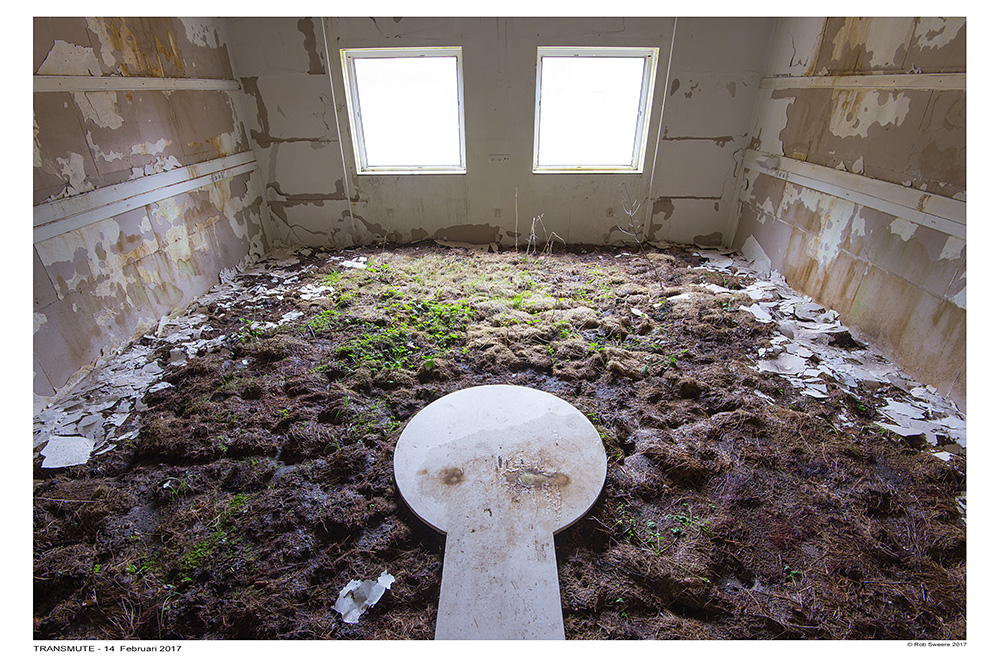 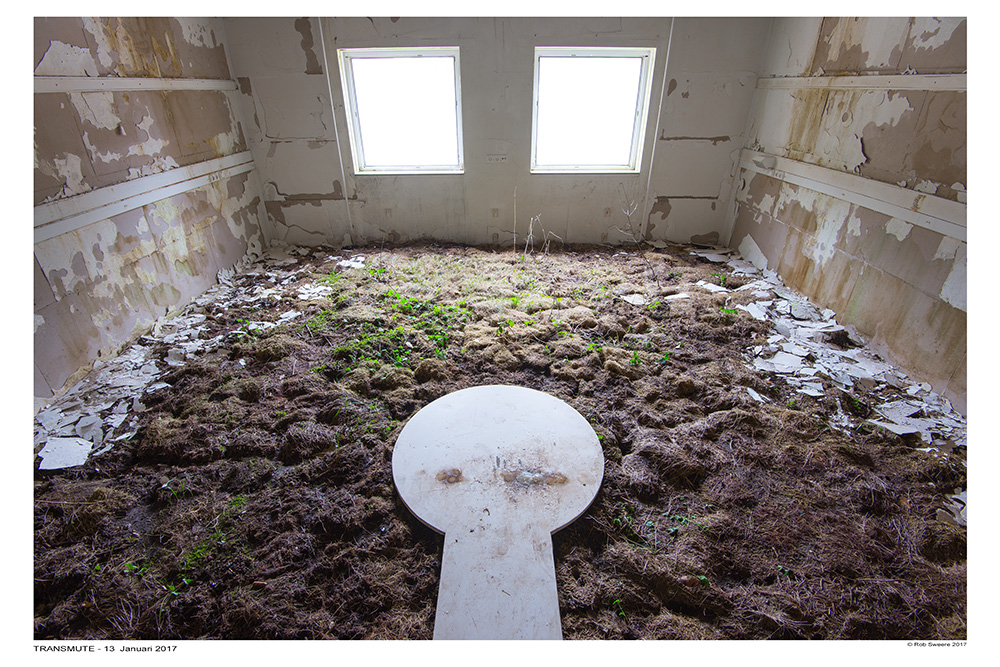 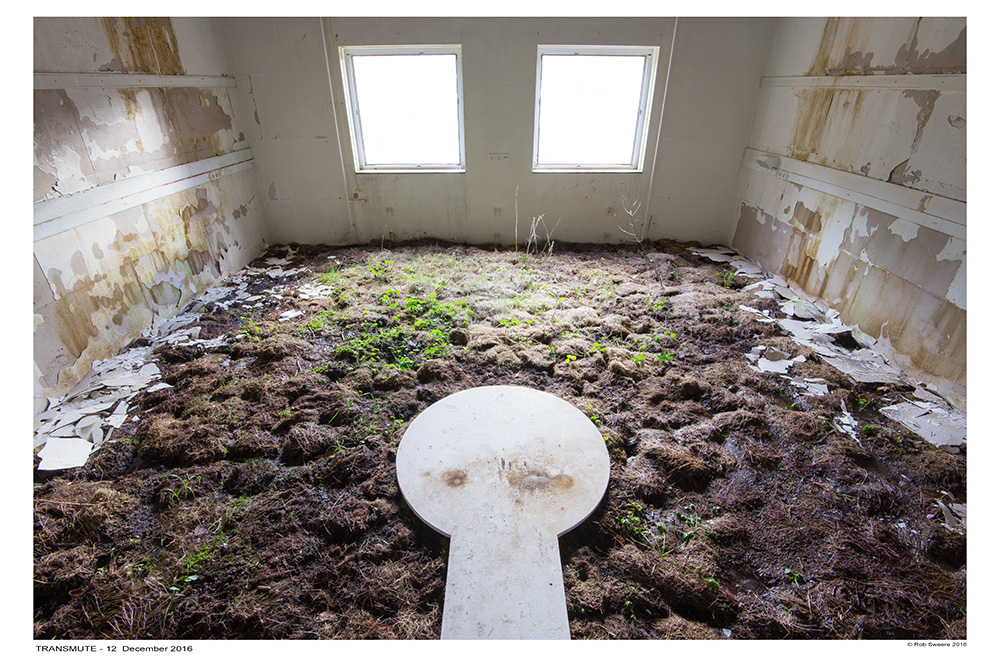 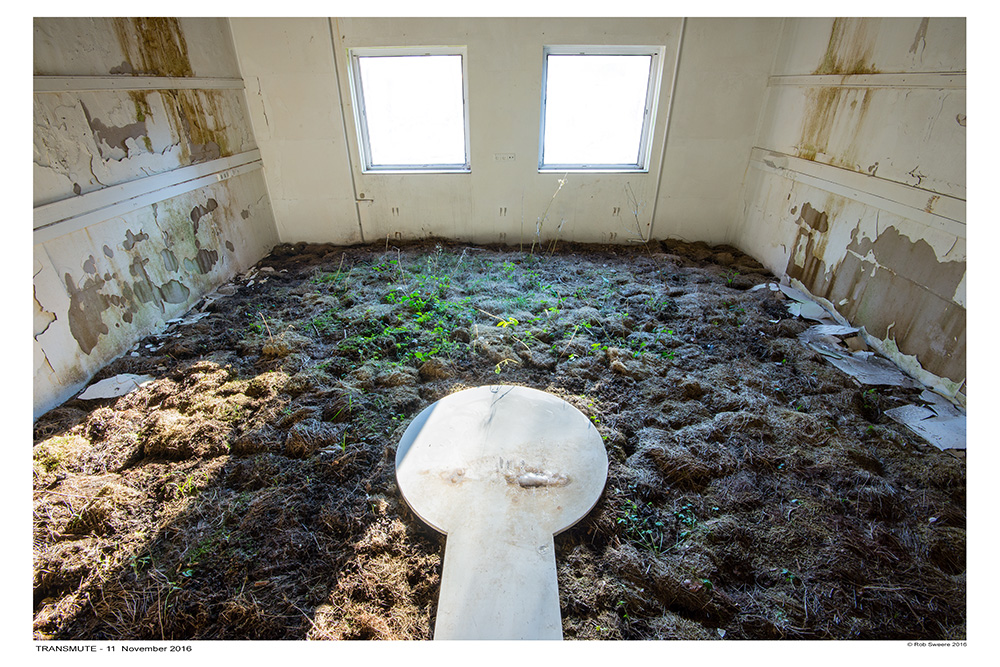 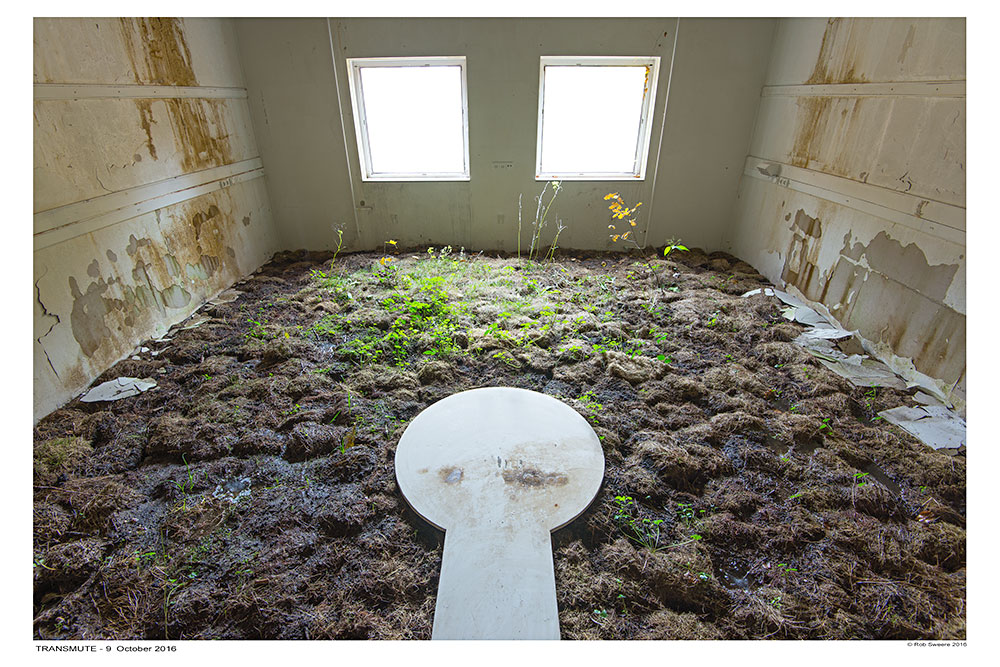 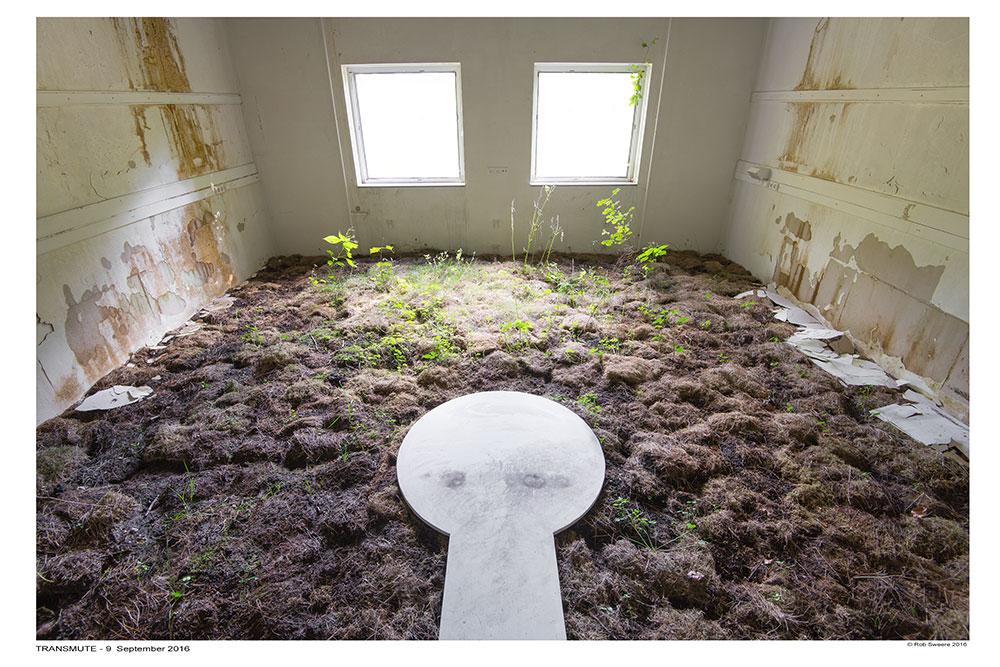 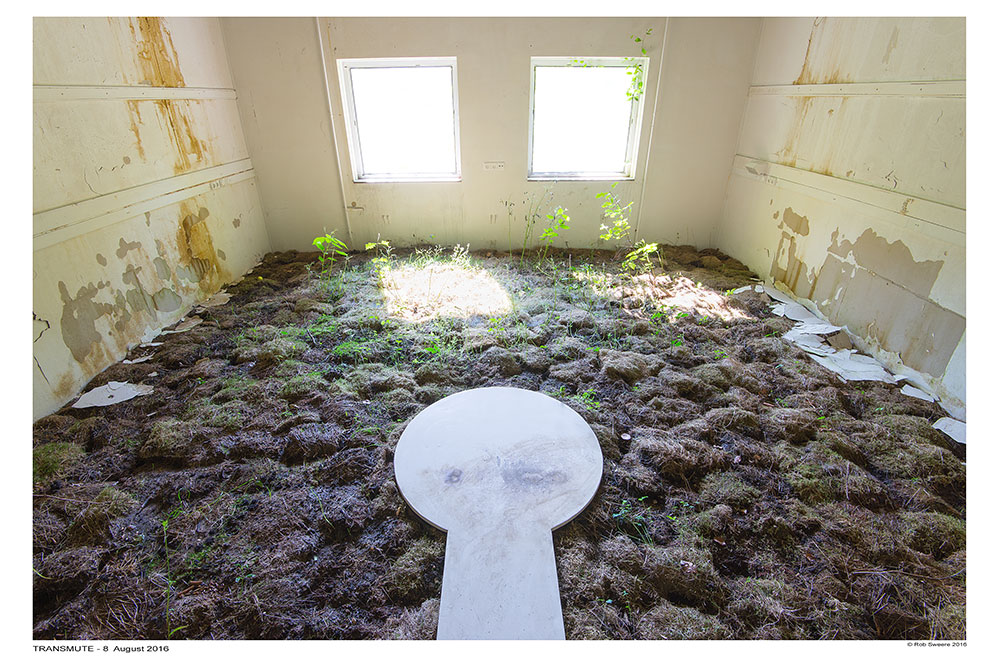 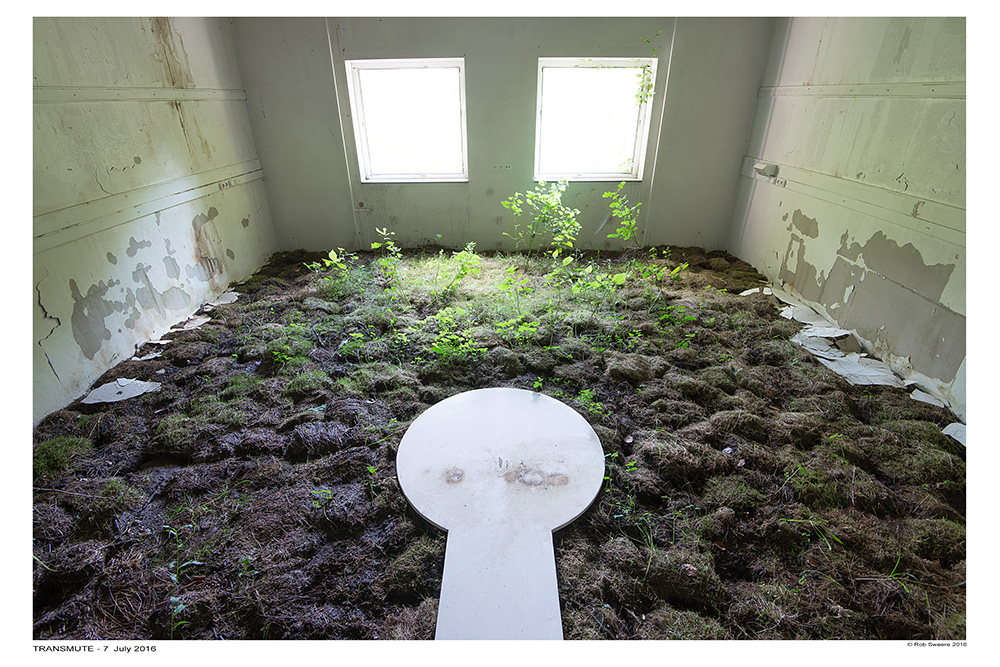 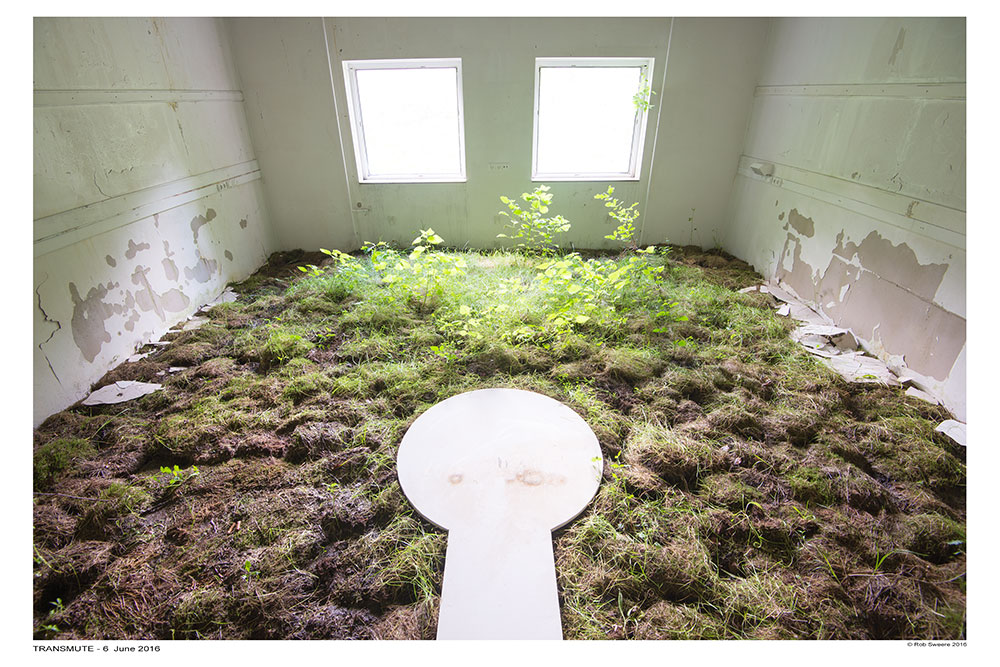 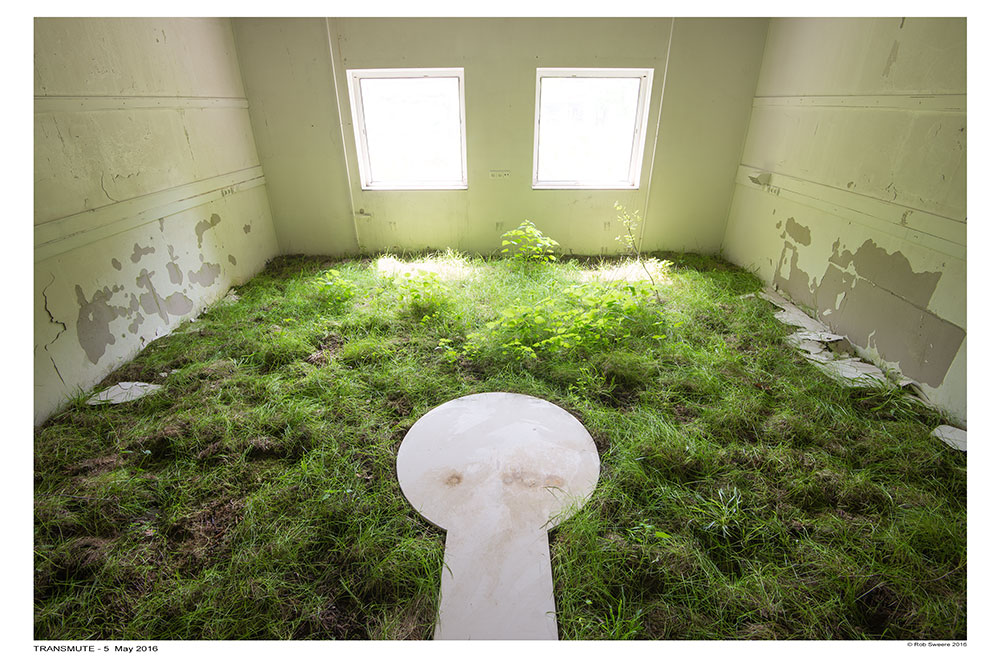 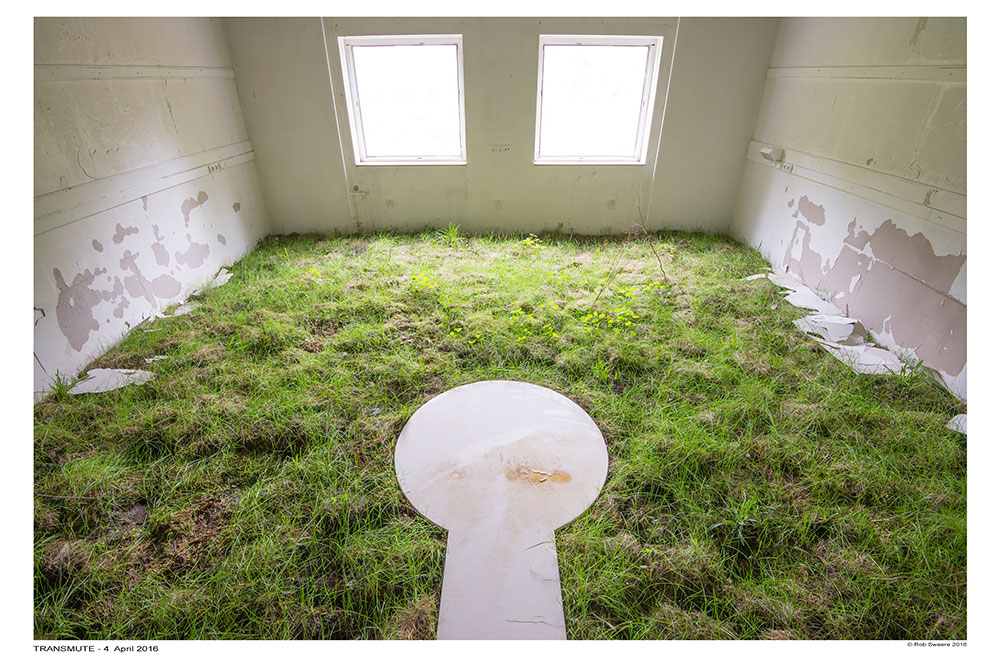 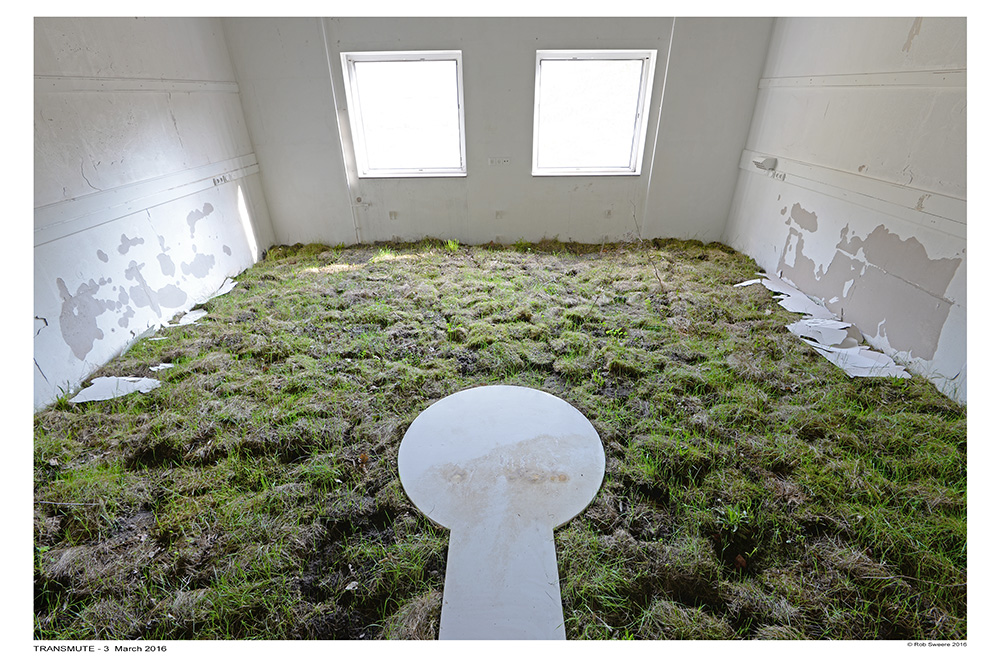 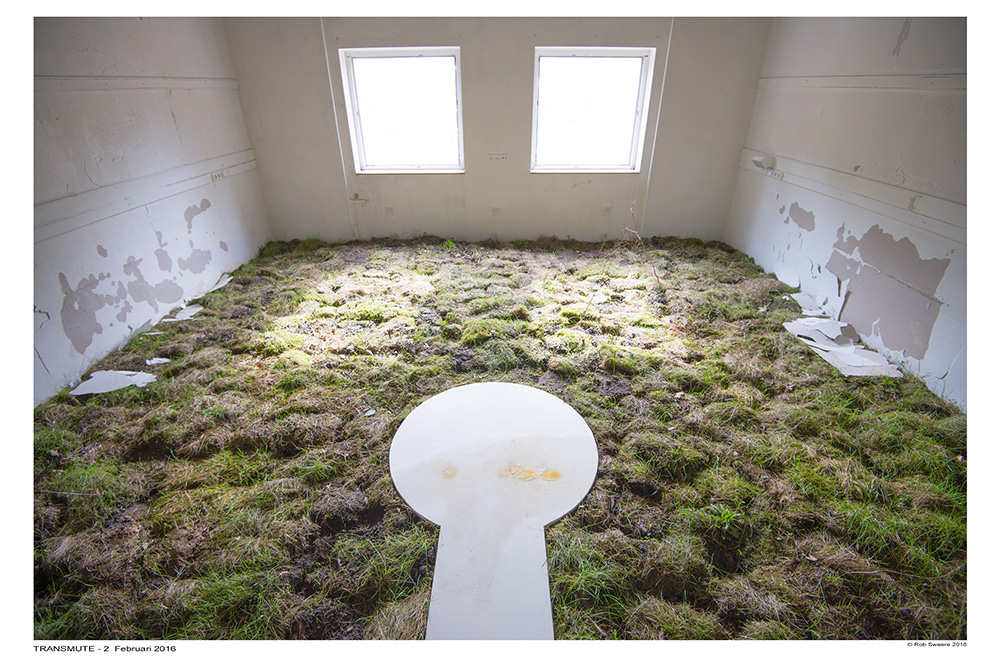 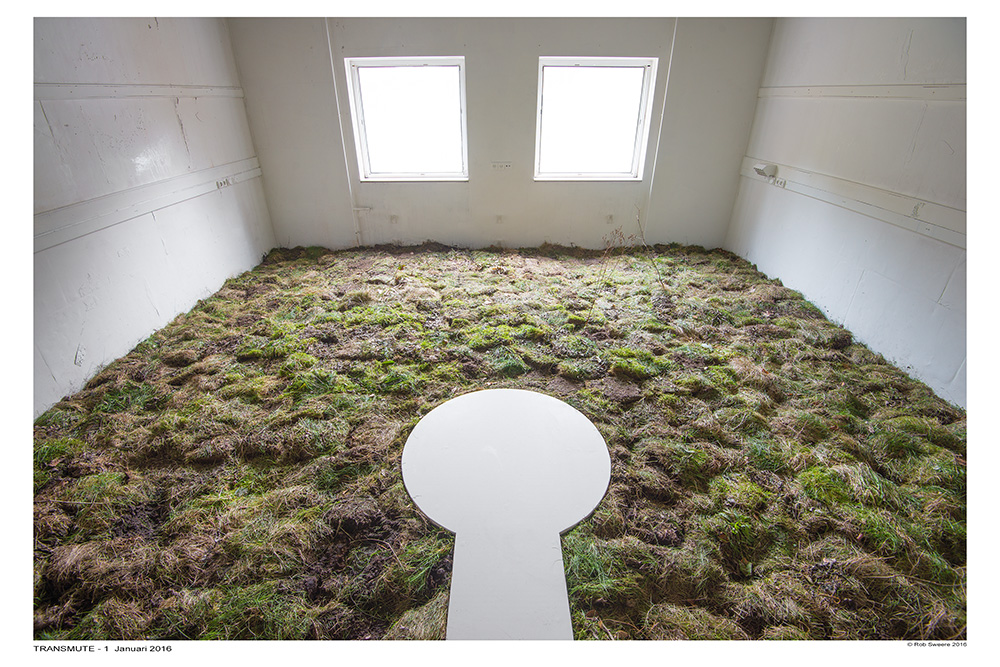 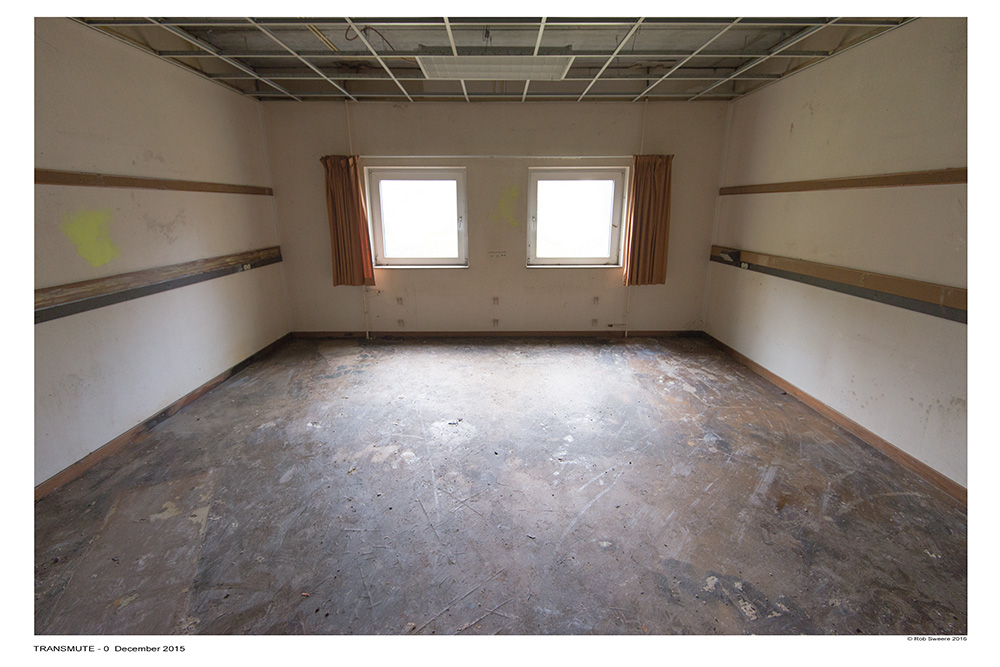 In an empty office building nature will grow and transform the space the coming years.

The windows are removed, the walls are painted white. Holes are made in the roof and the ceiling so it will rain inside and 15 centimeters of soil and grass is transplanted from outside to inside the office.

Januari 2016: The earth and the walls will not be touched from now on.

Thanks to Marcel Daelmans for his great help.