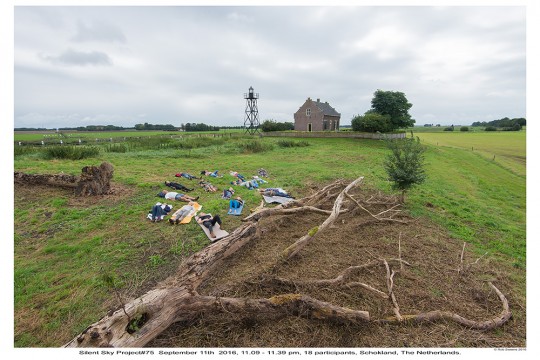 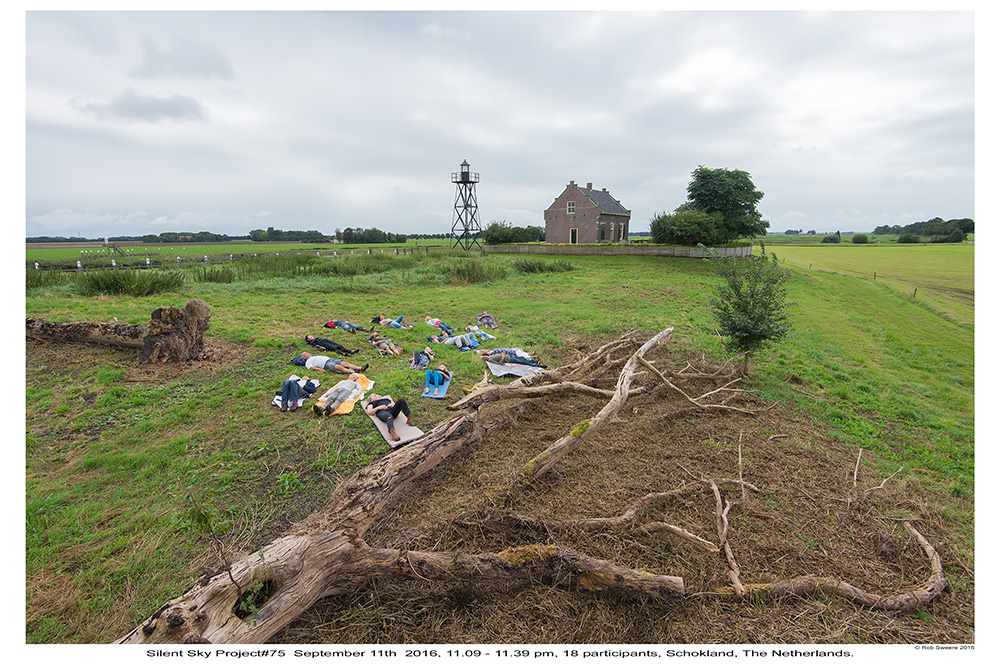 A group of people looked at the sky in silence on a former island. Schokland used to be an island in the sea. Now it’s surrounded by farmlands. 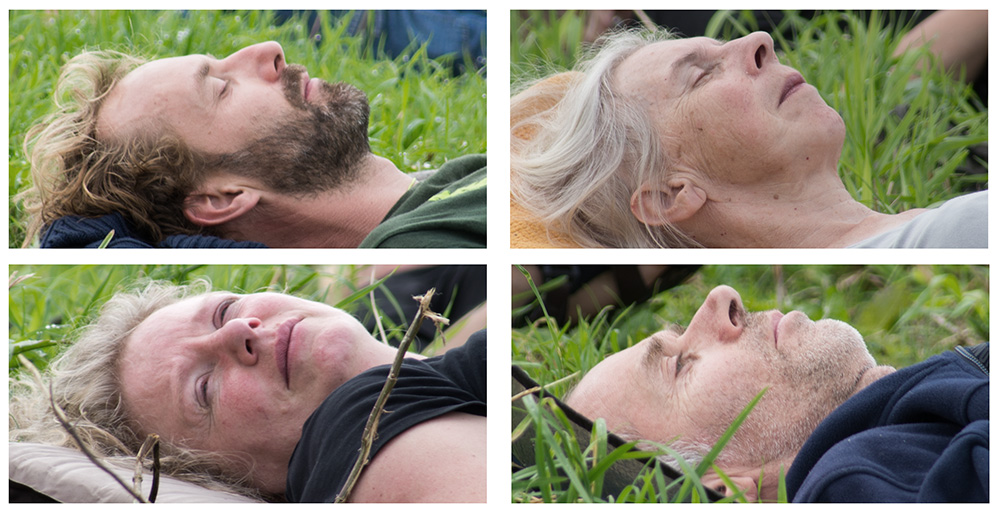 Unesco World Heritage: Schokland and Surroundings
Schokland was a peninsula that by the 15th century had become an island. Occupied and then abandoned as the sea encroached, it had to be evacuated in 1859. But following the draining of the Zuider Zee, it has, since the 1940s, formed part of the land reclaimed from the sea. Schokland has vestiges of human habitation going back to prehistoric times. It symbolizes the heroic, age-old struggle of the people of the Netherlands against the encroachment of the waters.
Previous ArticleRADIATION 05
Next ArticleVideo – experiences INSIDE IN Performance