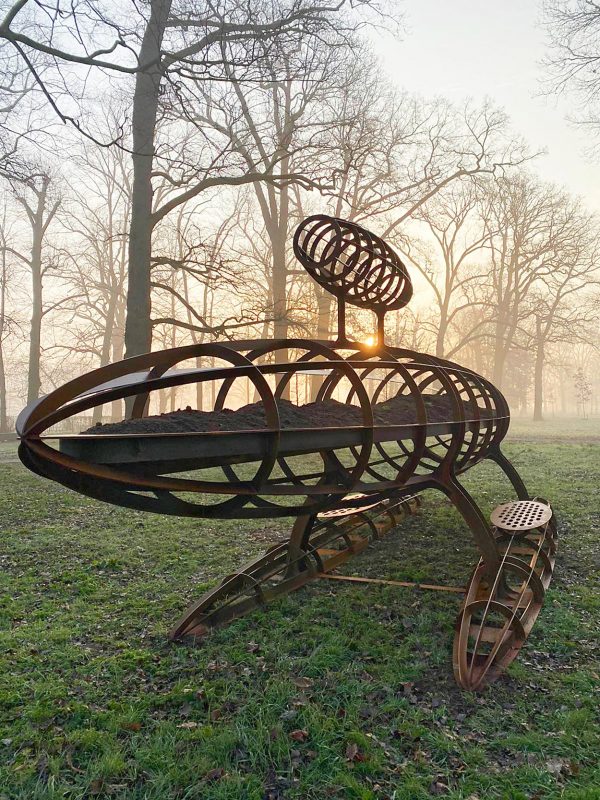 Vehicle to save the nature of the world.

The park is next to the river IJssel, once or twice a year the park will flood and the bottom part of the artwork will be underwater. Worpscape will be like an island.

A landscape with earth from different locations is made in the artwork. The seeds in this earth will start to grow. The landscape will not be touched again and nature can grow as it wishes.

Children from the neighbourhood brought earth from their garden to add to the landscape.

Earth, plants and animals have the main role in Worpscape. Humans have the under role.

Worpscape is situated in the oldest (1578) city park of the Netherlands, De Worp.

Photo made by Carlo Verhaar, counsilor of culture of the city of Deventer.