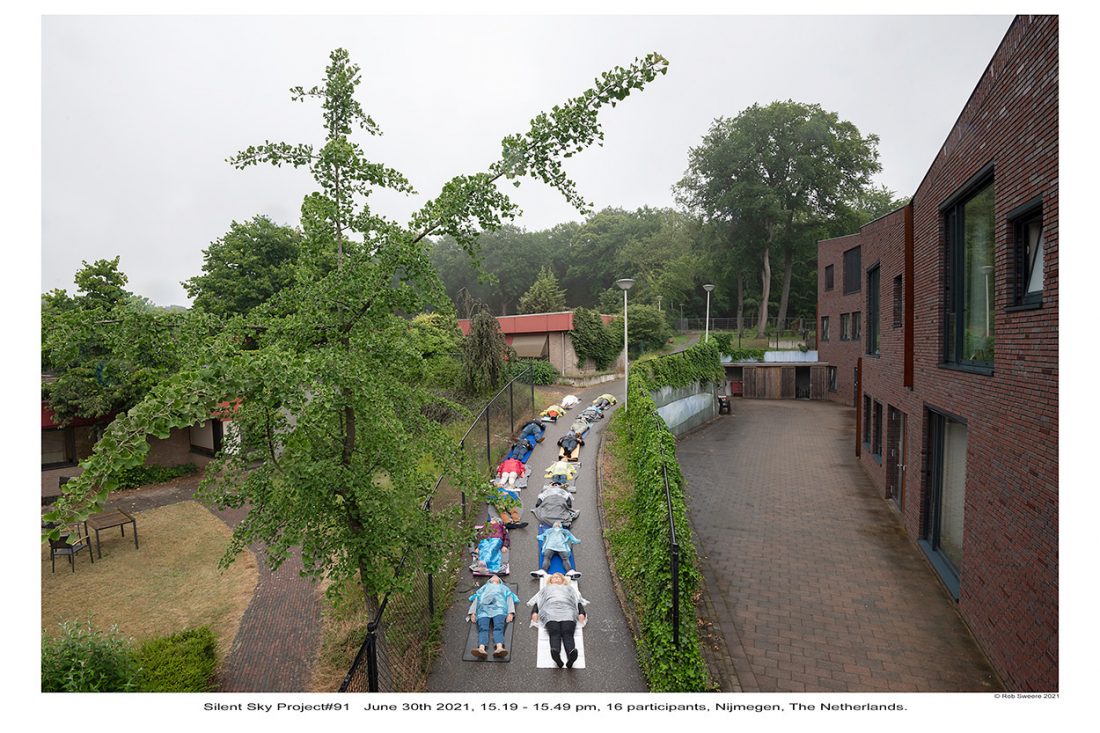 Employees of a care home for demented elderly and people with psychiatric problems watched the sky in silence for half an hour in the rain. In the first corona wave in the spring of 2020, they lost half of their residents. 

In collaboration with the Suffering Matters festival, we organized the Silent Sky Project# for the people who worked at De Waalboog in this intense time.

Suffering Matters festival: A large print of the Silent Sky Project#91 is presented in the centre of the city of Nijmegen, on the ‘Plein 1944’. During the second world war the center of the city was destroyed by a bombardement of the allied forces. It is said that this was a mistake.